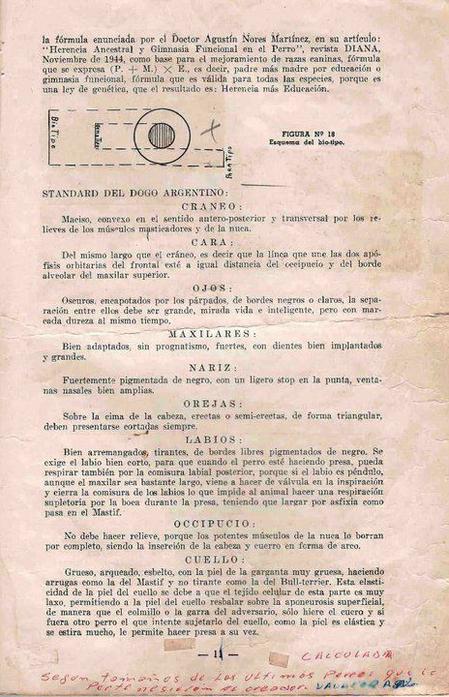 For more exclusive English translations of the most influential works on the Dogo Argentino, visit our Patreon.

Standard for the Dogo Argentino

Skull:  Massive, Convex in the anterior-posterior sense, and transversely because of             the relief of the masticating muscles and of the nape,

Face:  Of the same length as the skull. That is to say that the line that unites the                two orbital protuberances of the frontal bone is equidistant from the occiput            and the alveolar edge of the upper jaw.

Eyes:  Dark, cloaked by eyelids, trimmed black or plain. The separation between                  them must be great. Lively and intelligent gaze, but with a marked hardness

at the same time.

Occiput:​ It must not be in relief because the powerful muscles in the nape efface it               completely, being the insertion of the head and neck form an arc.

Chest:   Ample and Profound, with the sensation of possessing great lungs.  Viewed

from the front, the sternum must reach just below the elbows.

Thorax:   Ample, viewed from the side its lower edge passes the elbow.

Loins:    Covered by the dorsal muscles. 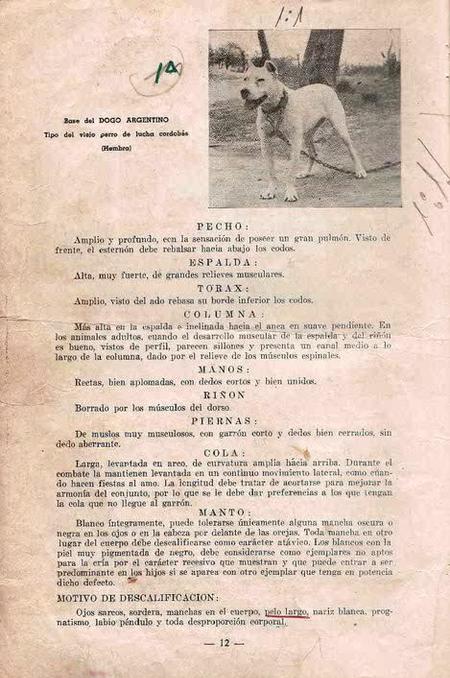