Mariposa is the youngest AKC Champion out of a true AKC Champion Bloodline and is the product of generations of work, and the result of our 4 generations deep of AKC Champions.  At less than 11 months, she has taken Best of Breed(over multiple AKC and FCI Champions) under an International Judge, Best of Winners(over adult European and Argentine imports) under an FCI Judge, and a Best in Specialty Sweepstakes. 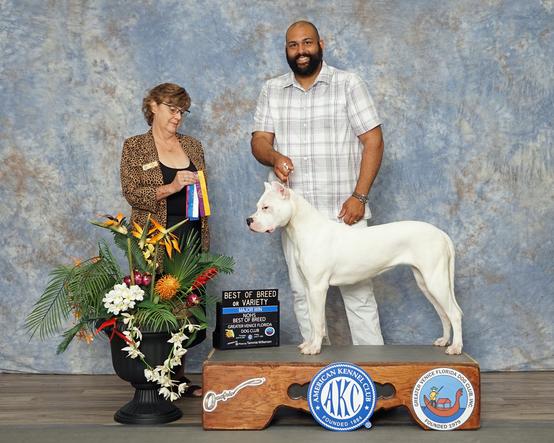 #10 Dogo Argentino in All Breed Points 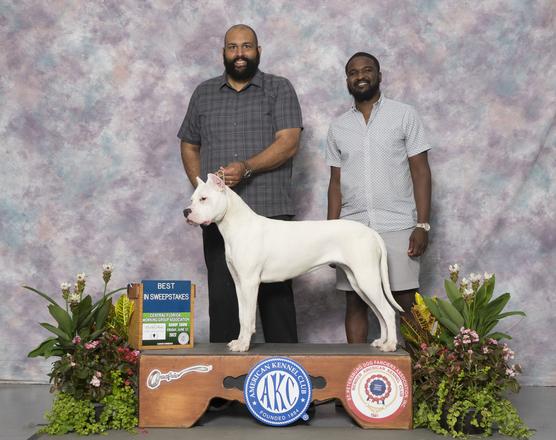