Accomplishments as of April 2020:

#1 Dogo Argentino in the U.S. in Breed Standings

Predador de La Historia made history in February 21, 2020 becoming the First ever Dogo Argentino to achieve an AKC Championship. 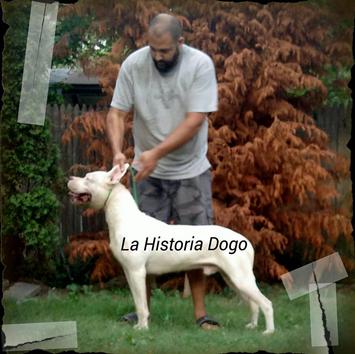 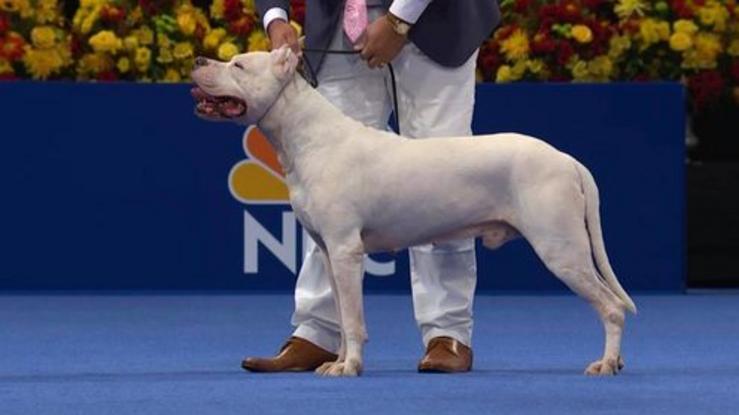 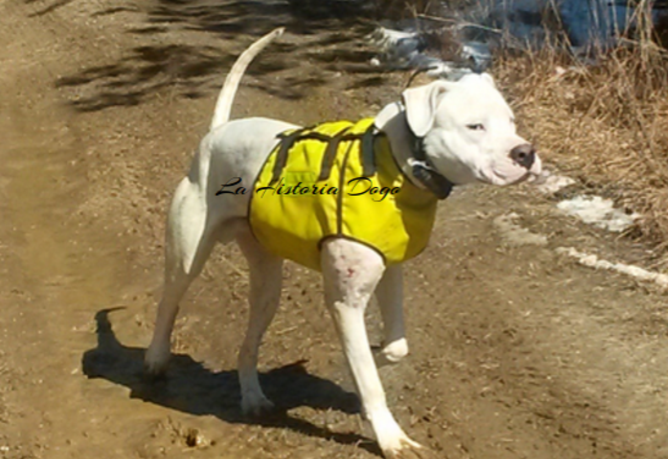 AKC CHAMPION Predador de La Historia is a phenomenal Dogo Argentino.  He is third generation La Historia on his fathers side, and second generation La Historia on his mothers side.  In every way, he epitomizes our idea of what this wonderful breed is.  He is excellent with our children, and loves to be sat on and played with, yet he has had a hatred toward wild hogs since he was 4.5 months old.  He has such a natural instinct to take down large animals. He is a great producer and stud.  He has shown a limited amount of times, at his first show he placed 1st in his class only being defeated late by other La Historia Dogos. With AKC full recognition, we hope that Predador has the opportunity to show judges what a tried and true Dogo Argentino really is. Rustic, Rough and Regal. On January 23, 2021 Predador, along with 3 other La Historia Dogos, became the first Dogos to achieve the AKC Temperament Test Title "ATT".  Not only have they proven to have what it takes to be a great aesthetic speciman, working dog, and now solid character. Father of the newly famed "Tino", who appeared on TV for the Westminster Press Conference and multiple interviews. 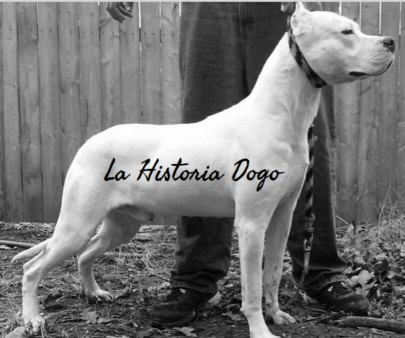